Could Your Home Use an Electrical Upgrade? 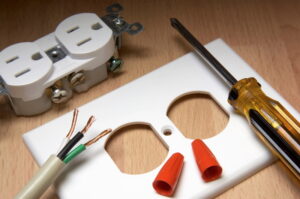 The electrical panel of your home, also referred to as the circuit breaker panel, is tasked with keeping your household’s entire electrical system running smoothly and safely throughout the years. You probably don’t think about this home component very much—unless you have to constantly reset breakers. But because of this, problems can crop up without you knowing about it until it results in an outage or some other more serious problem.

If you’ve lived in your home for 25+ years and have never had an electrical inspection done, now is the time. Older electrical panels require professional care and attention to make sure that they are not operating in a way that could threaten your home or your family’s safety. If you do find that you have an urgent electrical problem, we’re the team to call. However, we’d like to help you avoid electrical problems altogether, and for that reason, we’ve put together these signs for you:

Your Circuit Breakers Are Constantly Tripping

When your electrical panel reaches a certain age, it begins to become more prone to damage from power surges through the wiring, and as a result it will start disconnecting circuits more often. This is because it simply can’t handle the amount of electricity traveling through it. Most homeowners believe power surges are only caused by lightning storms, and while many are, the majority are actually caused by large appliances such as your HVAC systems cycling on and overloading the system.

If you discover you’re resetting the breakers a few times a week, when in the past you have rarely had to reset them more than a few times a year, then this is a warning sign the panel has to be upgraded.

You See Evidence of Electrical Fires

Wiring and circuitry that wears down can create small electrical fires inside the panel. They typically burn themselves out pretty quickly, but you can still notice signs they’ve occurred.

If you discover an acrid or burning odor coming from the panel or see charring and discoloration around the circuit breakers, an electrical fire has likely occurred. Electrical panels were designed in such a way to shut off the circuits if this happens, but continually allowing it to happen puts you and your family at risk. Therefore, if you notice this, it’s time to give us a call for an electrical upgrade.

You might be able to move around some of your appliances to redistribute the electrical use of the panel, but if you don’t have the ability to do this or if this doesn’t resolve the problem, you definitely need to consider an upgrade.

Fuse boxes were the standard in homes about 40–50 years ago. Before electrical panels came on the scene, fuses were used to supply power to the household. Fuses would burn out and need replacement on occasion.

If your home is still using a fuse box, we have some news: these are very outdated, unable to keep up with the demand of today’s modern electrical equipment and appliances, and potentially even unsafe.

Contact Comfort Flow Heating today to get in touch with a reliable electrician in Springfield, OR.

How to Tell If You Need a New Furnace