Now Is the Time for This Important Heating Service 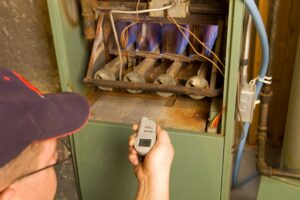 Would you skip over an oil change on your car? Absolutely not! So why are you skipping out on the maintenance for your heater? Winter is just around the corner, and soon your heater will be working around the clock to keep your family warm and comfortable no matter what the temperatures are outside.

Regular tune-ups and maintenance services are the best way to keep your heater running at its best year after year. And now is the time for this important heating service. You don’t want to put off maintenance until your heater stops working because something is wrong. If you need furnace repair in Springfield, OR, our team is here to help. We can ensure that your heater is in the best condition possible to take on the coldest temperatures this year.

END_OF_DOCUMENT_TOKEN_TO_BE_REPLACED

Tags: furnace repair, Springfield
Posted in Heating, Uncategorized | Comments Off on Now Is the Time for This Important Heating Service

Will Geothermal HVAC Work for My Home? 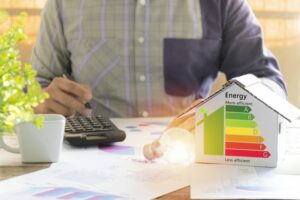 You see the word geothermal, and you may or may not know what it means. Geo means “of the earth” and thermal is “related to heat,” so geothermal is the heat of the earth. When it comes to heating and cooling your home, a geothermal heat pump is an option. Now, when you hear heat pump, you may think that the system can only work to heat your home in the winter, but that’s not true.

A geothermal heat pump brings in warm air in the winter and removes warm air in the summer. If we’ve caught your interest you may be wondering whether a geothermal HVAC system is right for your home. Is it as good or better than your other HVAC options? The short answer is yes. If you’re interested in installation or geothermal repair in Eugene, OR, we can help.

END_OF_DOCUMENT_TOKEN_TO_BE_REPLACED

Tags: Eugene, geothermal repair
Posted in Uncategorized | Comments Off on Will Geothermal HVAC Work for My Home?

Is Ductless Air Conditioning a Good Investment for Your Home? 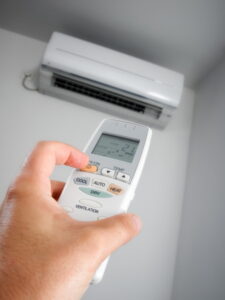 There are a number of benefits that come with the use of a ductless air conditioner, also referred to as a ductless mini-split system. First and foremost, one of the advantages of the ductless system is right in its name–the fact that it’s ductless.

This is a primary reason so many Eugene homeowners choose this type of system as their central air conditioner (or heater) of choice. Ducted systems require the space and indoor air quality control that your home simply might not have. Read on to learn more about these systems and how you can benefit from one!

END_OF_DOCUMENT_TOKEN_TO_BE_REPLACED

Tags: Ductless AC, Eugene
Posted in Uncategorized | Comments Off on Is Ductless Air Conditioning a Good Investment for Your Home? 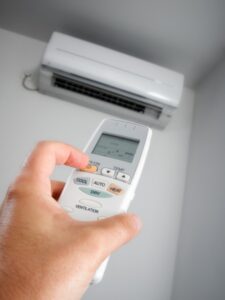 For many homes, a ductless system is the right option. If you are considering a different heating installation in Eugene, OR, take a closer look at how a ductless heating and cooling system may work in your space. For many property owners, it offers numerous benefits.

END_OF_DOCUMENT_TOKEN_TO_BE_REPLACED

Tags: Eugene, Heating Installation
Posted in Uncategorized | Comments Off on Here’s Why a Ductless System Should be Your Next Home Comfort Installation

Many people may think of Valentine’s Day as a holiday essentially created by card and gift companies, but the truth is that the holiday has long-standing roots going back to the Roman Empire. The name “Lupercalia” has its origins in the word “lupus”, which means wolf, and the reason for this is that according to Roman pagan religion, the she-wolf Lupa nursed the two orphaned infants Romulus and Remus, the founders of Rome.

The Festival of Lupercalia spanned two days each February, from February 13th to 15th. The festival was about fertility and was led by Luperci priests, known as “brothers of the wolf”. The festival was serious with intention (fertility) but was executed as quite a romp for both the priests and citizens of Rome. The process was this: two male goats and a dog were sacrificed at the beginning of the festival by the priests; two young Luperci were then anointed with the blood from the animals, and the hides of the animals were cut into straps. As food and drink flowed, the male priests would run around the city wearing nothing but thongs made from the animal skins, and they also carried a strap from one of the sacrificed animals. The strap was used to strike the palms of Roman women waiting for the priests in the city, as it was believed that being hit with the strap could help with infertility issues and a safe, healthy labor for women who were pregnant.

The Transition to St. Valentine’s Day

The Christian influence of the holiday came around the 5th century. The Roman Empire was still strong, but Christianity was rapidly taking hold throughout the world. It is believed that to try and remove the paganism from the holiday, the deaths of two men, supposedly both named Valentine, were added into the mix. During the 3rd and 4th centuries, a law created by Claudius II forbade young men eligible for military service to marry, because Rome wanted a strong army. The two men named Valentine were priests, and married young couples in secret. Both were found out and executed on February 14th, although in separate years. The Church made Valentine a saint (they chose one), and Lupercalia became St. Valentine’s Day.

Here’s wishing you and your loved one a Happy Valentine’s Day!

During the final Monday of May every year, we commemorate those military personnel who have died in service to their country. Formerly known as Decoration Day, probably because of the way that graveyards were decorated with flowers, Memorial Day came to prominence in the wake of the American Civil War, which left the country war-torn, with many casualties on both sides. Since that time, it has been a day of remembering those who have given up the ultimate sacrifice for their country.

As you go about town on your day off from work, you’ll probably see an abundance of flags and flowers, as well as public commemorations such as parades. While this day has been turned into the last leg of a three-day weekend, it’s important to reflect on the way that our military personnel have shaped our country, and to remember their contribution to the way we live today. We wish you all the best on Memorial Day.

Posted in Uncategorized | Comments Off on Memorial Day

Just a couple weeks ago, the managers at Comfort Flow hosted and served a breakfast to show their appreciation to all the employees at Comfort Flow. Needless to say, we take great pride in the work we do and none of it could be done without the work ethic, integrity, and commitment of our employees. So, thank you again to the men and women of Comfort Flow! 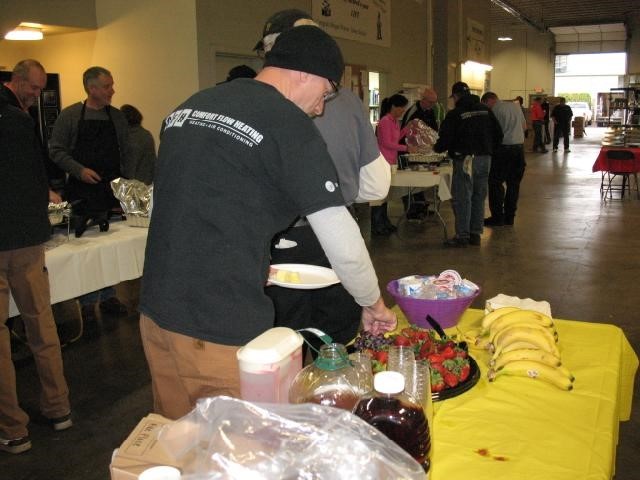 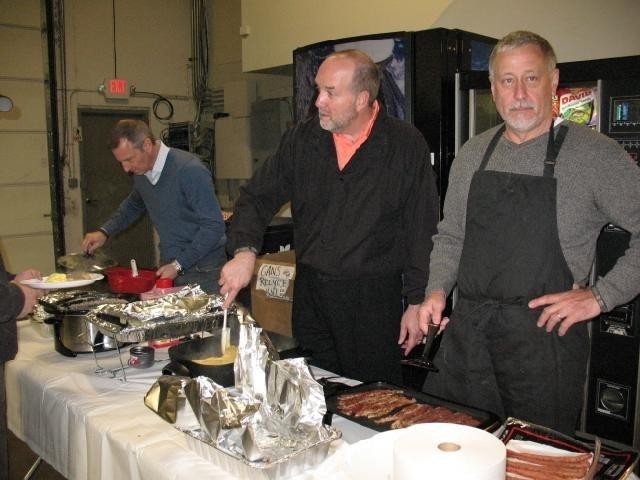 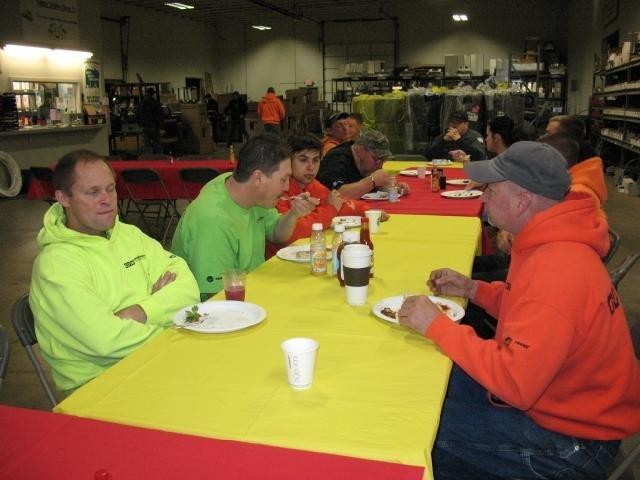 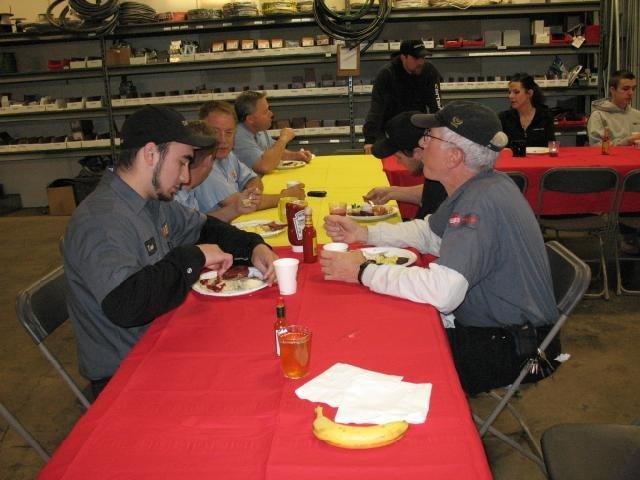 Everyone at Comfort Flow Heating wants to wish you a very happy New Year! We hope you have a fun (and safe!) time saying goodbye to 2012 and welcoming in the New Year!

If you are a person who makes resolutions, why not try to make your home more environmentally-friendly next year? Upgrading your heating and air conditioning system can reduce the amount of energy you need to keep your home comfortable. You can also save energy by adding insulation and sealing any air leaks. A greener home is not only better for the environment, but it also saves you money by reducing your utility bills. Contact Comfort Flow Heating to learn more about the benefits of upgrading your HVAC system.

Have a Happy New Year!

Posted in Uncategorized | Comments Off on Happy New Year’s Eve!

Everyone at Comfort Flow Heating wishes you a very happy holiday! We would like to take a moment to thank all our wonderful customers who make it possible for our business to thrive. We look forward to working with you in the New Year. Have a wonderful celebration, and enjoy this time with friends and family!

As a quick reminder, if you haven’t yet scheduled your heating maintenance yet, you could be losing money this winter. Annual maintenance will not only cut down on repair costs, but it also ensures that your home’s heating system is running as efficiently as possible, which lowers utility bills. A comfortable, efficient home is a gift that everyone can appreciate.

Posted in Uncategorized | Comments Off on Happy Holidays from your Willamette Valley Heating Specialists!

When you use a forced air heating or air conditioning system in your Junction City home you depend on the air ducts throughout the house to disperse conditioned air. Whether you are aware of it or not, though, those same air ducts may be circulating more than just air throughout your home. Homeowners do not have the benefit of looking deep into their ductwork systems, but many might be surprised by what they find there. If you have any concerns about the conditions within your air ducts, contact Comfort Flow today. We can help you better understand the benefits of duct cleaning in Junction City.

Air ducts are a great way to evenly and efficiently disperse heated and cooled air throughout your home. A number of factors may lead to the accumulation of dirt and debris – or even the growth of biological pollutants such as viruses and mold – in your air ducts. When this happens, indoor air quality suffers. Your heating and air conditioning systems have filters to prevent this from happening, but problems can still develop. Because your air ducts disperse air throughout your entire home, they can also spread these pollutants. That can seriously reduce the quality of the air that you breathe.

Health benefits of duct cleaning are not the only reasons that you should consider the service, though. If enough pollutants accumulate in your ductwork the efficiency with which your ductwork circulates air can actually suffer as well. Airflow resistance can be increased, and the dirt and debris in your air ducts can easily accumulate on and within the heating and cooling equipment itself. This can cause your heating and cooling system to overwork itself and lead to damages. Keep your heating and air conditioning equipment operating properly and efficiently by taking advantage of the benefits of duct cleaning today.

For more information about the benefits of duct cleaning service in Junction City, contact Comfort flow. We have the answers to all your questions. Our team of professionals can help you and your family live healthier, more comfortable lives.

Beware This Sound Coming from Your Water Heater